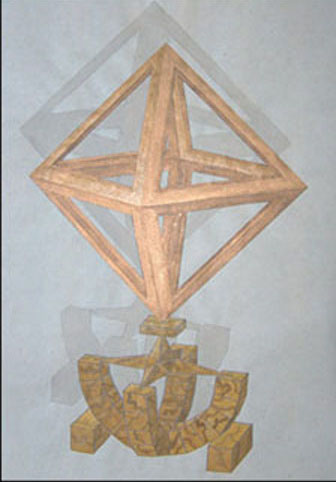 This exhibition of philosophical models illustrates Plato’s (c.427-347BCE) four stages of awareness outlined in his famous dialogue the Republic. The lowest stage was eikasia – illusion, shadows, reflections, tricks of the light. Followed by pistis – belief; objects or ideas that might or might not be true, an element of trust is involved. These first two stages were considered to be doxa – opinion. Thirdly came dianoia – reason, rationalization, measurement of things from the preceding categories. Finally came episteme – pure thought; appreciation and understanding of why and how things really are. These last two categories were considered noesis – knowledge.

Day has used the five regular polyhedra known as the Platonic Solids as his models. Cutting and painting the illusionistic figures from flat sheets of fibreboard and mounting them on adjustable brackets so that they can cast deceptive shadows. The Platonic Solids, known since Pythagoras, have an illustrious history. Considered fundamental by the ancient Greeks they were rediscovered during the Renaissance and illustrated by Leonardo for a work on perspective. Johanes Kepler (1571-1630) thought that he had discovered the underlying organization of the universe within the relationships between the five shapes. In the last century Werner Heisenberg (1901-1976) said that the shapes played a crucial role in his own development of the ideas of quantum theory.

Today, however the forms no longer command such scientific veneration and can now revert to an earlier symbolic role as emblems of perfection; philosophical teaching aids; yantras for contemplation. 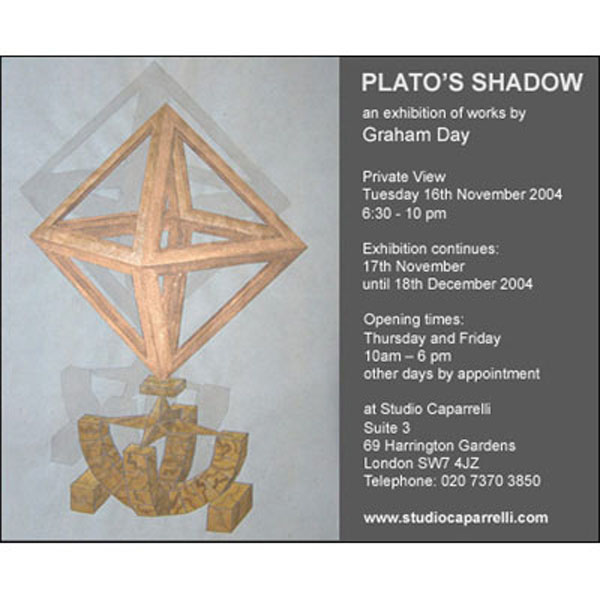 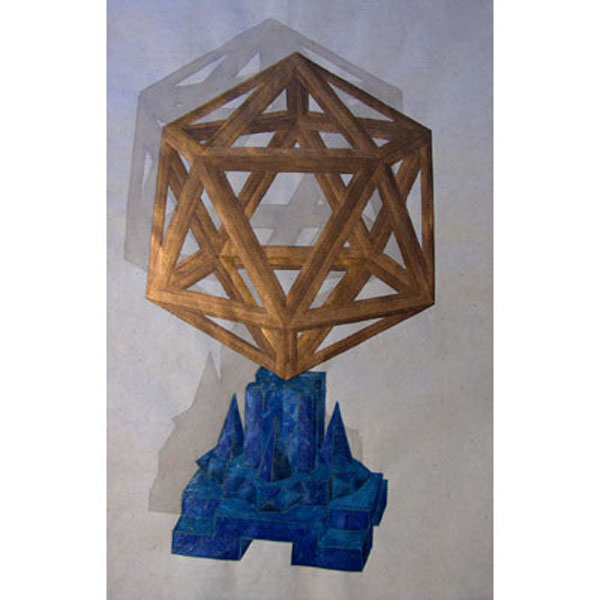 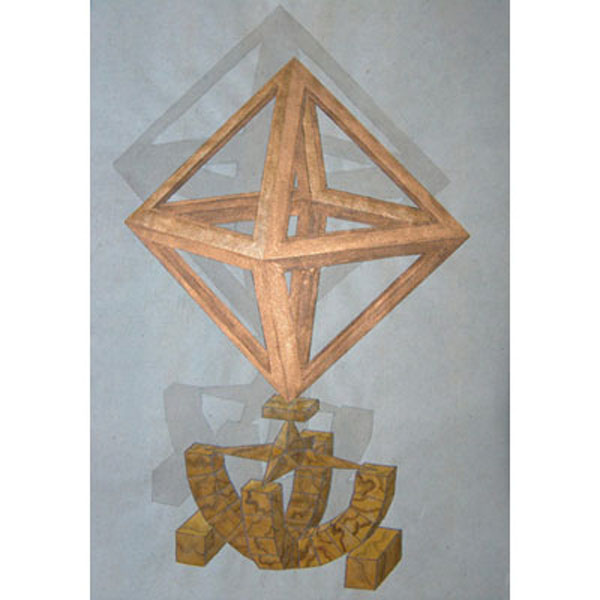 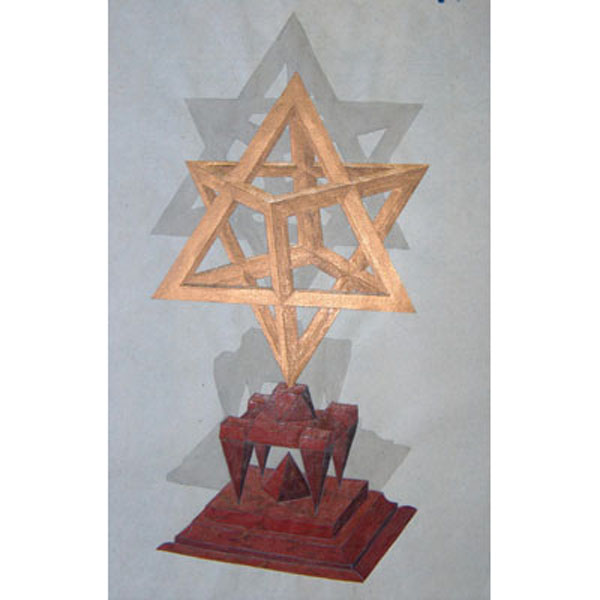 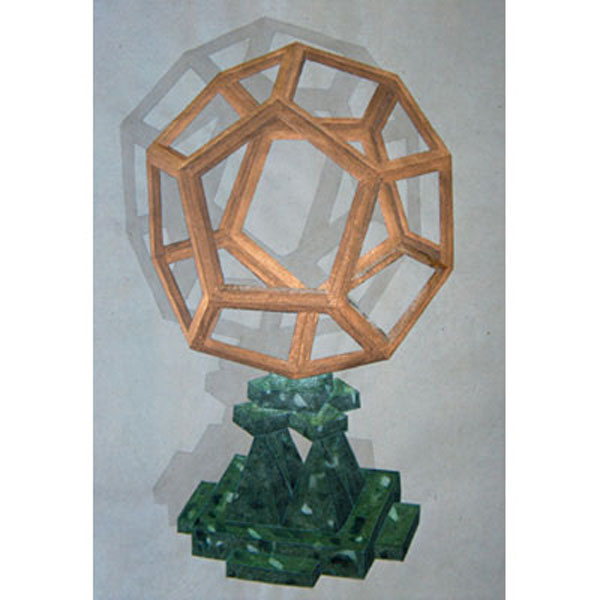 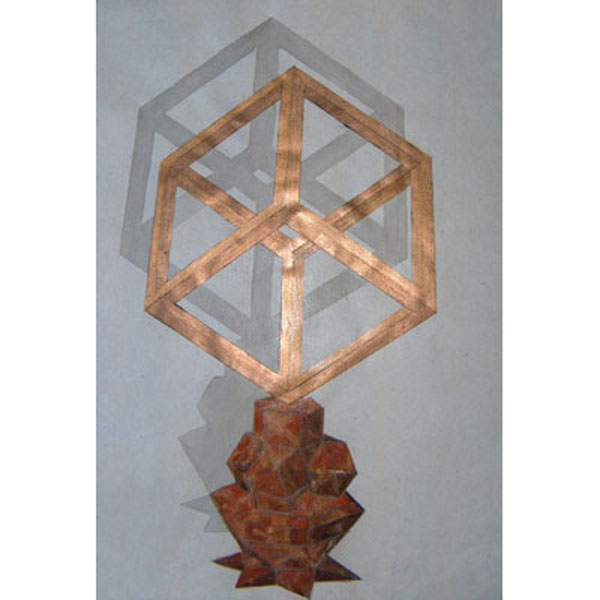 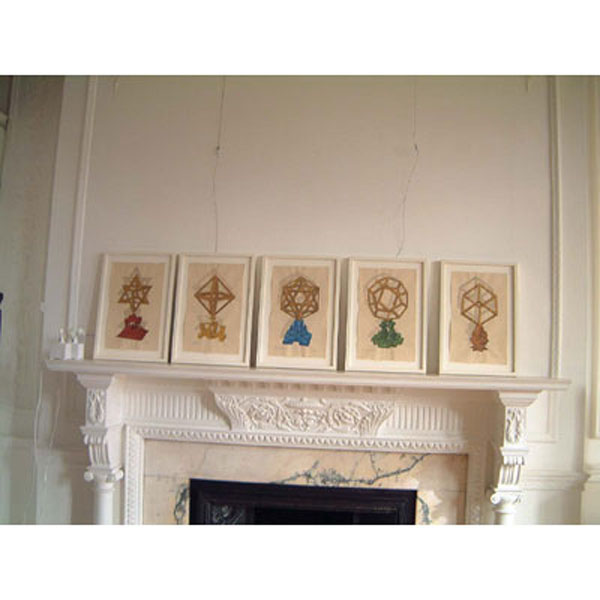 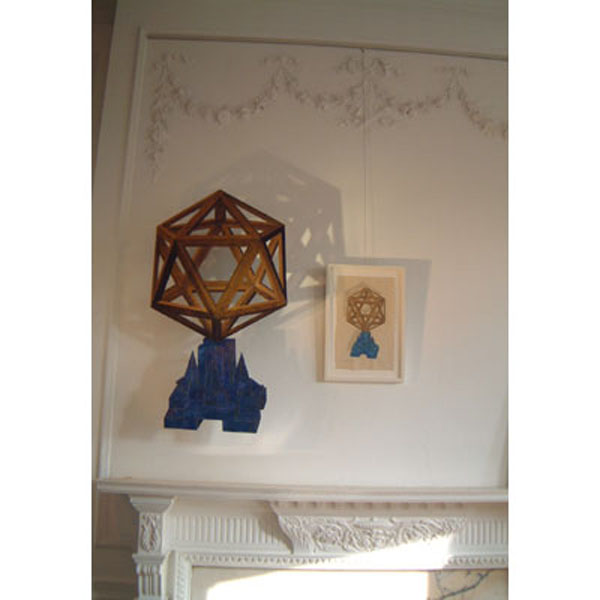 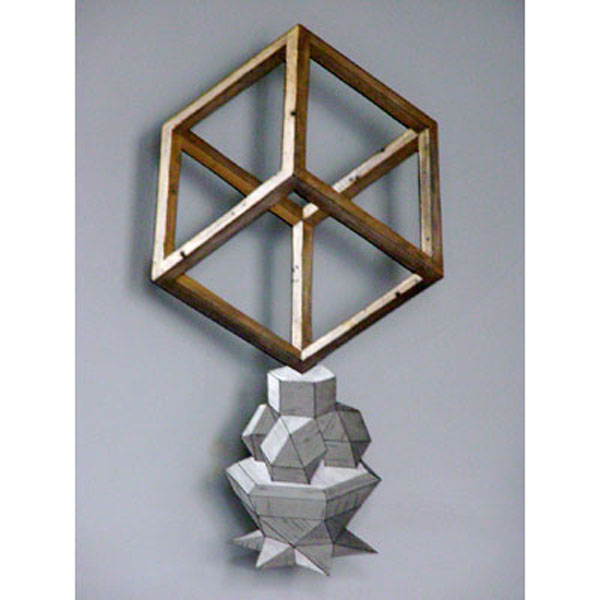 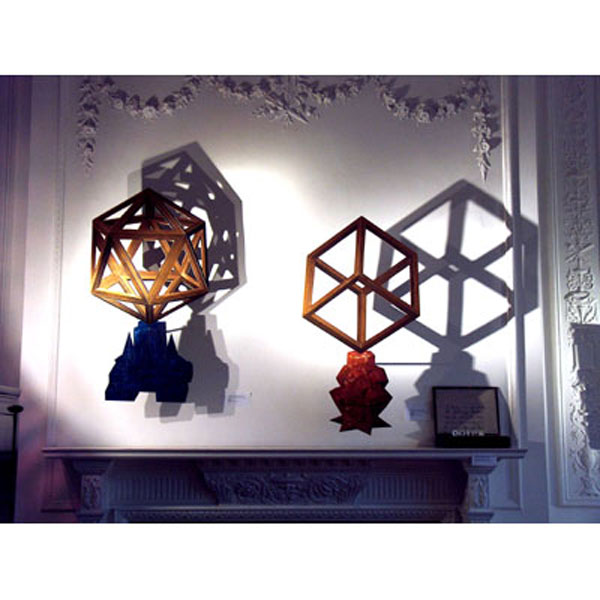 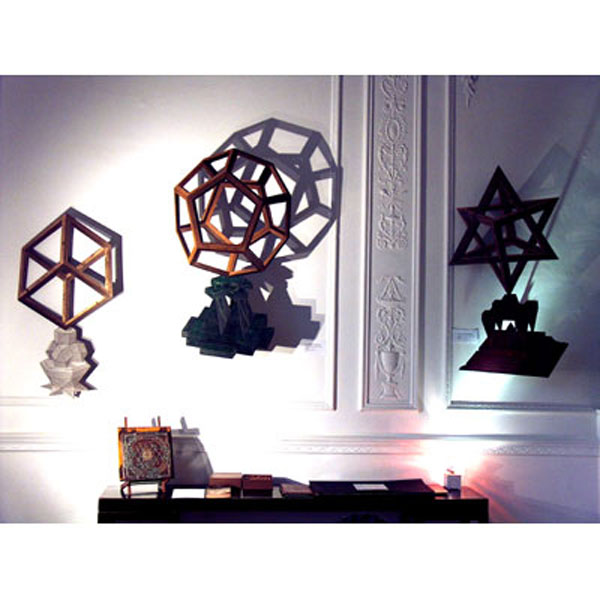 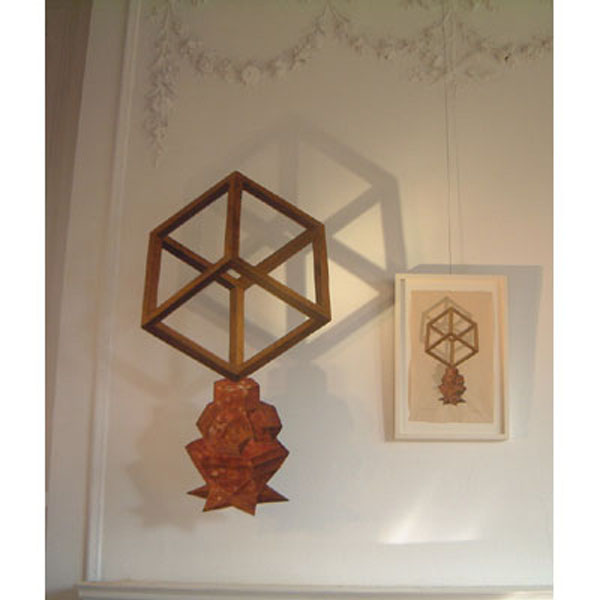 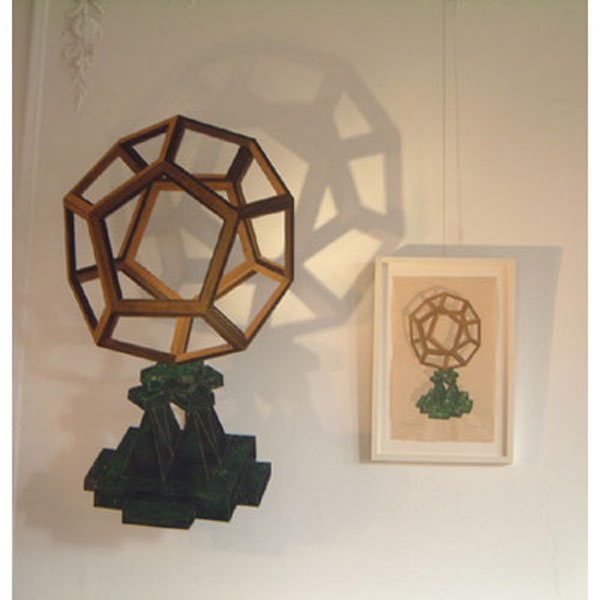 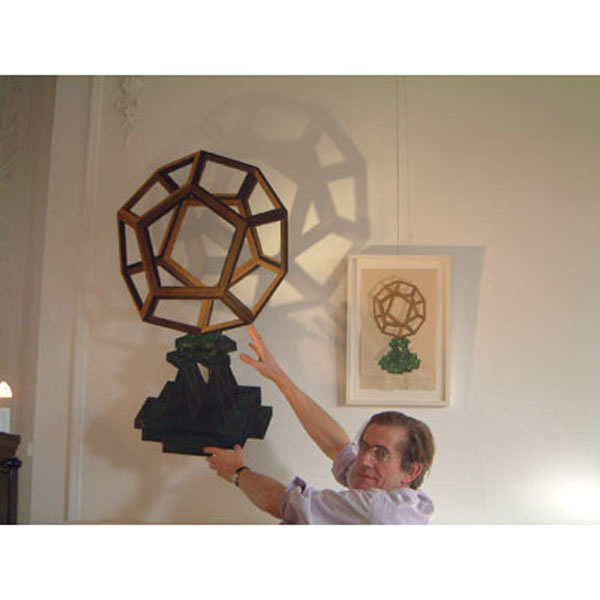 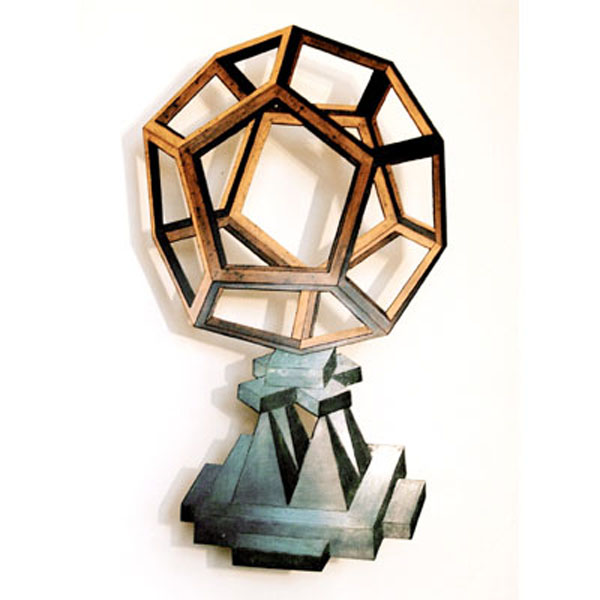